Why did I go and see it? Yes, well…can’t deny it, it’s because of Tom Hiddleston and Mark Gatiss 🙂 You  wouldn’t believe any other version of why I’d tried to get my hands on tickets to see the play at the Donmar Warehouse, and rightly so.

Obviously with the tiny size of the theatre it wasn’t a surprise that the tickets sold out pretty much immediately. Luckily the play was part of the National Theatre Live scheme which meant that they would be screening the play live to theatres across the world on January 30th.

And that’s how I ended up in London (I just really needed an excuse to go back to London, hadn’t been there in ages!!), with a ticket for the Odeon cinema in Covent Garden and ready to get up at dawn to possibly get some standing tickets to see the play at the Donmar (that didn’t exactly go well, there were no standing or day tickets for the 30th because of the filming – which we found out only a few hours after standing out in the cold… ). As soon as Tom walks on stage…there’s a bit of swooning, I’m not going to shy away from saying that, bless the costume designer…I mean all that leather…

However as soon as Tom starts speaking he IS Caius Martius.

And a bit of an arse frankly. Caius Martius is not a very likeable character: he’s dismissive of the common people, abrasive, arrogant, intransigent, proud, goes on vitriolic tirades whenever the people rub him the wrong way (always),… Then you meet his mother (Deborah Findlay), he obviously has mommy issues. If you have read the play or seen the (brilliant!)  Ralph Fiennes movie adaptation of a few years ago, you know that it’s difficult to root for Martius but Tom’s performance manages to convey his complexity.

There’s a very earthy fight early on between him and Aufidius (Hadley Fraser), then the incredibly powerful siege on Corioles when Martius urges the soldiers on and right after that when he emerges from the battle covered in blood (and it’s a lot more than in the shot below) – this man is a soldier, that’s what he’s good at, that’s what his mother has brought him up to be (bonus points for wounds, because apparently that’s where honour lies…).

Following this fight came the ‘infamous’ shower scene – which was less fanservice than what I’d feared (even though apparently in some theatres it did provoke ungainly giggling and swooning). The scene is not meant to be sexy, it’s meant to be a private moment of pain for Martius, an uncomfortable look at the soldier dropping the mask and exposing his vulnerability. And those scars, looked bloody realistic (pun intended), and painful.

It’s in the relationship with his mother Volumnia and his wife Virgilia (Birgitte Hjort Sørensen, criminally underused) that Martius develops the most and Tom truly shines and makes Martius sympathetic.

First when Martius is banished from Rome and then in the last act when his mother, his wife and his son try to persuade him not to battle Rome and get his revenge on the the people who had banished him. The sudden tenderness, love and sadness is heartbreaking.

Martius cannot resist these emotions, but he also knows that following them means turning his back on Aufidius and  the Volsces, which ultimately will be his doom.

The relationship between Coriolanus and Aufidius is beautifully portrayed by Tom and Hadley Fraser. It’s a relationship of rivalry but also respect born from war, their admiration (nay, proper swooning!) for each other considering they’re on opposite sides of the barricades, is striking. And Shakespeare did not leave the homoerotic aspect to subtext, it’s in the text:

Know thou first,
I loved the maid I married; never man
Sigh’d truer breath; but that I see thee here,
Thou noble thing! more dances my rapt heart
Than when I first my wedded mistress saw
Bestride my threshold. (Aufidius)

(it must be said that it seems a lot of the characters get all hot and bothered talking about warfare, go figure)

Don’t think the actual kiss was in the text, was it?

Granted Martius doesn’t reciprocate the kiss and he’s probably still thanking the gods that Aufidius hasn’t slit his throat when he could have easily done so.

Mark Gatiss is excellent as Menenius, the ‘humourous patrician’, a father figure to Coriolanus. He tries to soften the words and actions of  both Coriolanus and the people’s tribunes (Elliot Levey and Helen Schlesinger), and has two heart-breaking scenes when Coriolanus is banished from Rome and again when he agrees to seek out Coriolanus to try and change his mind and come back to Rome with him (Coriolanus is merciless with him!). Kudos to Mark for capturing the mirth and the sadness in Menenius.

All in all, a wonderful 3 hours that I’m looking forward to see again – NT Live is doing encores! 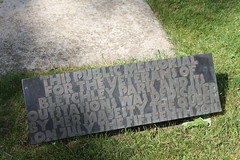 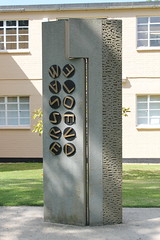 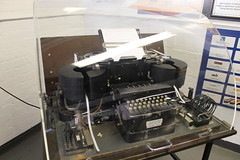 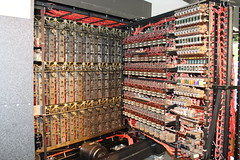 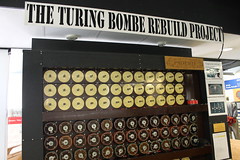